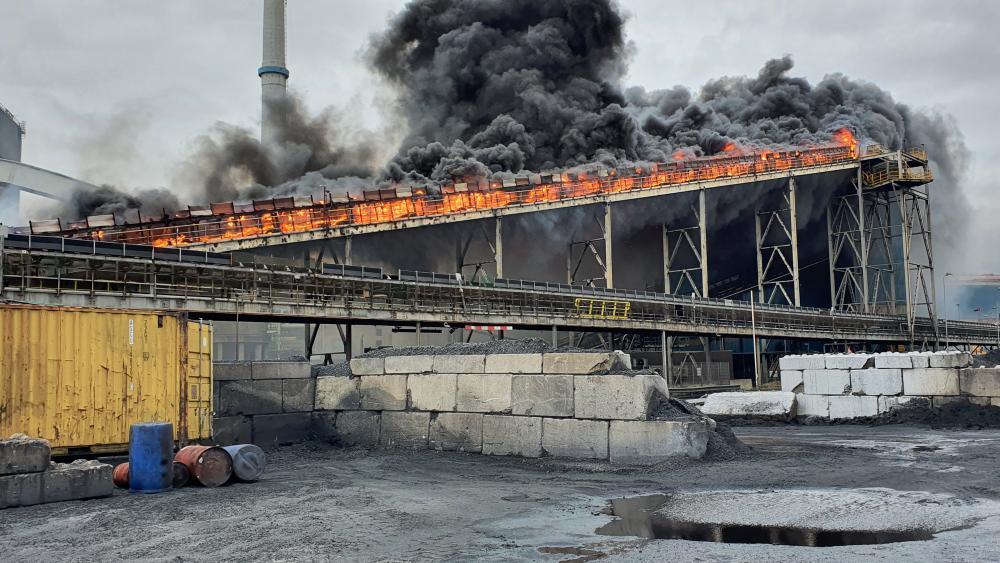 A member of Vloerwerk has suffered an accident that has left him unable to work for at least 6 months while working for Mabeco. The causes of the accident are none other than excessive workload in an unsafe working environment and poor planning of the work being carried out at Tata Steel’s Oxistaalfabriek 2 on September 13 of this year.

After the work accident, which resulted in surgery on Daniel’s arm, Mabeco pressured him to return to work despite his disability, arguing that otherwise the MSZW labor inspectorate would take action and this would cause more problems for “everyone”. In view of Daniel’s refusal to go to work with his injured arm and once the investigation by the labor inspectorate had been initiated, Mabeco hired a labor accident consulting service (Consult BV) that has written an accident report in which they use lies to make it appear that our colleague was the cause of his own accident. This is inadmissible. Among the many irregularities that occurred, we have that the accident happened due to the lack of planning and improvisation that characterize the firm Mabeco. The work permit, a document in which the worker must be informed of the tasks to be performed, was not only not discussed with Daniel, but Mabeco forged Daniel’s signature on the document.

The work permit has been requested on several occasions making use of the right of workers to have access to their data stored by companies (according to the Data Protection Law itself) but Mabeco has remained silent and this is very serious. We have also requested the document (Tata Steel work permit) from Tata Steel and it has refused to provide it thus covering up for Mabeco and exposing the weakness of the much vaunted safety processes of the steel giant, who by the way, lately is not enjoying very good press among its neighbors in Beverwijk and Velsen for the constant emissions of toxic gases that have raised lung cancer rates in the adjacent neighborhoods.

Also the SZW ministry played a rather obscure role. They conclude, making use of the fraudulently prepared accident report by Mabeco and Consult BV, that there is no room for further investigation of the accident. Within the SZW standards only those cases are taken seriously where the accident victim dies or becomes disabled or blind or loses a limb. A disgrace.

There is no shortage of accidents at the Velsen Noord plant – a search on any web search engine will suffice. In 2011 a 49-year-old man dies due to an accident at the kooksfabriek. In 2017 a 27 year old neighbor from Beverwijk also dies in hospital after being transferred to AMC. He was working on the transport belt, a place known by all workers as extremely dirty and dangerous. In 2014 a worker loses both legs. This last accident can still be seen in the virtual local newspaper news. We have also talked to other people who have told us about other very common accidents such as broken biceps and falls or slips. Accidents that are occurring more and more frequently and that expose Tata Steel’s policy-makeup in terms of occupational safety.

All this is happening in a precarious environment that is all too common in the Netherlands today. Daniel was working under a false ZZpayer regime through Treffers Uitzendbureau and hired by the firm Mabeco to carry out mechanical and industrial maintenance work at Tata Steel. All this is a very clear strategy to undermine the rights of workers and to avoid responsibility for bad practices in terms of safety.

Vloerwerk demands truth and compensation for Daniel after work accident

We call on all members of Vloerwerk and related groups to join the actions that will be developed around the campaign that we are developing to make Mabeco and Tata Steel accept their responsibility for the events of September 13.

Enough of such precariousness and job insecurity. Enough of complicity between employers and the SZW.

Mabeco lies. Tata Steel covers up for them. 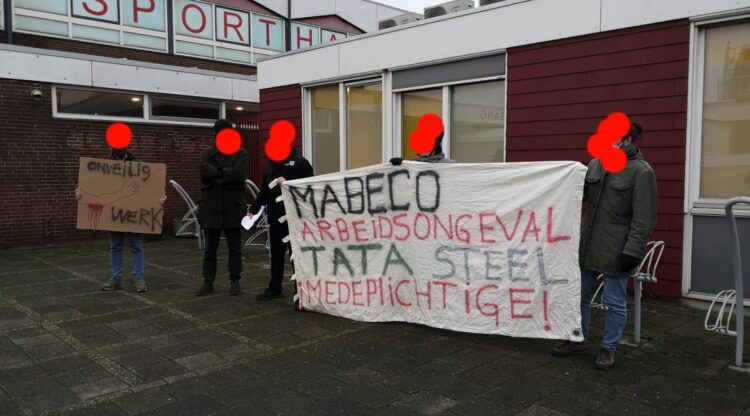 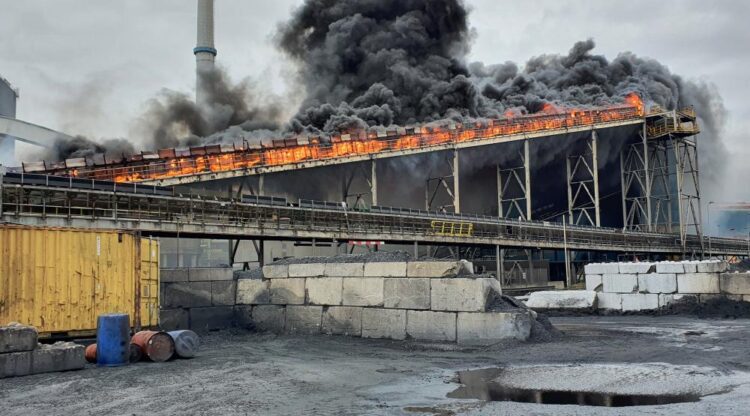