In this newsletter you’ll find:

It’s stormy out there. Governments, corporate lobbies and the powerfull are busy strengthening their positions and are distribution tens of thousands of billions amongst themselves. Outside of the Netherlands large movements are makings themselves heard and The Netherlands is following somewhat. Labourunions are, by choise or not, allmost unseen. Untill august we were also less visible. So if it’s storming in The Netherlands, it’s a one-way storm.

As Vloerwerk we didn’t choose sides for or against Coronameasures. We choose for the worker, whether they’re concretely demanding more protection from Corona or whether they’re the victim of Coronarelated wagetheft. We’re going to meet someone organising on her workfloor for more safety and less compulsion. However….

Second wave of Coronameasures: this is about us

Are you working in horeca, like bars restaurants and hotels? Are you worried about what you hear on your job? Have your hours allready been cut of have you ‘voluntarily’ agreed to skip vacation? This is why we exist. Vloerwerk is a collective selfdefence organisation. The first wave caught everyone pants down. This time we won’t be waiting from behind our computers. We’re better prepared.

Looking at where Vloerwerkers work it would be weird if none of us get hit. One of us for example worked at Paradiso but no more. Luckily they were able to get a good social plan. But that’s the exception, not the rule. So watch your managers’ talk; talk to your colleagues about these issues also. Be on time to react; contact us when you suspect trouble brewing, don’t wait. Or perhaps you’re just uncertain about your rights in some situations?

Workers in horticulture reach out to Vloerwerk

Just to the south of Amsterdam you find large complexes of glass gardens. This industry is very important for Dutch capitalism. In 2019 for 94,5 billion euro of argicultural produce was exported. That money is for an important part made over the backs of migrantlabour from countries such as Poland or Spain. They work hard, earn little, basic rights are denied and through intimidation or forced use of company services like housing people are suppressed. If they lose their job they become homeless. The treatment of workers in this industry that it’s regular news in Spain and their parliament is even researching the exploitation of Spaniards in The Netherlands.

Workers in these industries are figuratively and litteraly far away from organised workers in the cities. Contacts back and forth are very rare. Recently we came into contact with a group of eight workers from the Spanish state that are being exploited under 19th century circumstances. One of them had been to a meeting of Vloerwerk years ago in Huize Ivicke in Wassenaars and had not forgotten about us. That they’ve taken the first step by contacting us speaks for them.

We’re trying to figure out exactly what happened with these people, what their rights are and what kind of steps we can take. It will most likely be regarding the improvement of their working conditions rather then fixing past company mistreatment like we are used to. It’s by no means certain that we’ll be on the streets with these workers, as neither one of them or us has committed to anything yet, we’re in the preparation phase.

Hundreds of our posters have been spread in all parts of Amsterdam. Hundeds of thousands must have seen them. Thus far the tangible results of the campaign has been some workers reaching out to us. We can be proud that we spread a message of hope and solidarity regarding Corona. More actions will be organised.

The postercampaign was also a good warm up for us. Because we were also heavily affected by Coronameasures. Staying at home listening to the powerfull on TV, no campaigns coming to fruition, and the fear that many have of being in groups… it affected us greatly, let’s be honest. By now to much work is resting on to little shoulders. These weaks we work on strengthening our common ties once more. We will need it. 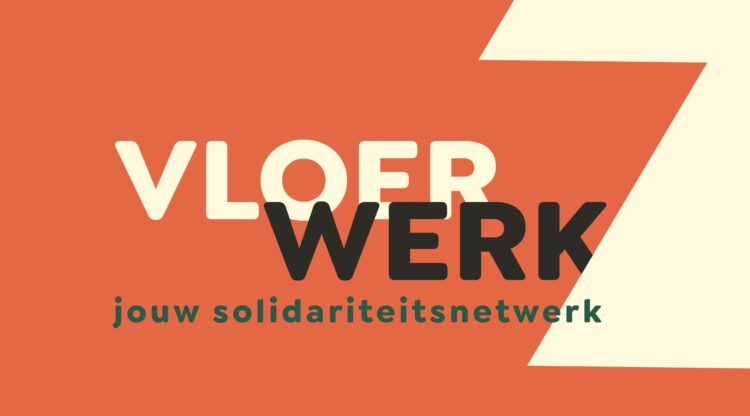 Win for Vloerwerk Utrecht!!
CED: eye of the storm or a solution at hand?
CED: Oog van de orkaan of oplossing nabij?